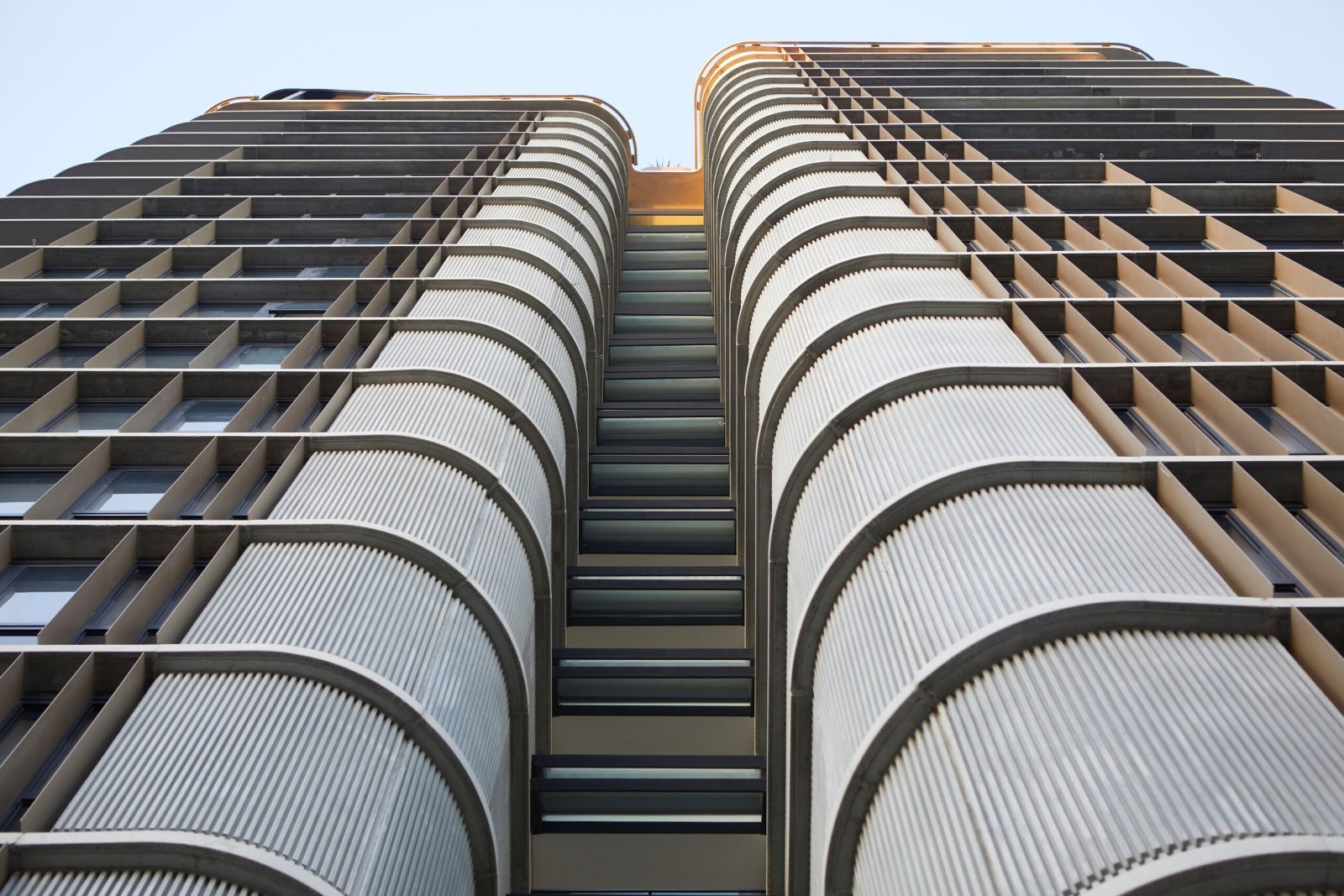 Recognised for its contribution to improving the quality of the public domain through architectural or urban design excellence, Waterfall by Crown Group designed by SJB has been jointly awarded the coveted City of Sydney Lord Mayor’s Prize at the 2021 NSW Architecture Awards announced recently in Sydney.

This prize celebrates the work of architects as ‘placemakers and collaborators that go beyond the design just of buildings and bring a new life and joy to urbanised situations’.

This year, five projects were shortlisted for the Prize by Graeme Jarn, City of Sydney’s Director of City Planning, Development & Transport.

This year, two projects were selected as joint winners, one private and one public.

The Honourable Lord Mayor, Clover Moore said:
“A nine-storey waterfall, public boardwalks built around a mature fig tree and an extension to the fabulous Rope Walk Park are just three of the reasons why the Waterfall development is a wonderful addition to Waterloo.

“Architectural firm, SJB, has done an exemplary job at showing how residential development is enhanced when built alongside valuable public space which can be enjoyed for generations to come.

“This week at the 2021 NSW Architecture Awards, I awarded Waterfall the Lord Mayor’s Prize, for architecture that contributes to the public domain, alongside the beautiful Gunyama Park Aquatic and Recreation Centre.”

About Waterfall by Crown Group

Inspired by natural wonders like tropical rainforests and cascading water, Waterfall by Crown Group is a design masterpiece from the creatively charged, award-winning architecture practice, SJB and brings a generous and refreshing immersion of greenery to the urban landscape in which it resides.

The centrepiece of the development, a 22-metre high man-made waterfall – the first of its kind in a residential community in Australia – characterises the oasis-like nature of the precinct and helps to generate a calming and tranquil ambience.

Adding to the idyllic atmosphere are the lush, tropical gardens, lagoon pools and the marvel-worthy bamboo canopy that acts as a welcoming, sensory entrance into the development.