Despite reports of a slight down-turn in median property value, the Sydney property bubble is not likely to burst any time soon. Whilst the Melbourne and Hobart markets are growing fast, Sydney currently remains the most expensive capital in Australia for property prices. 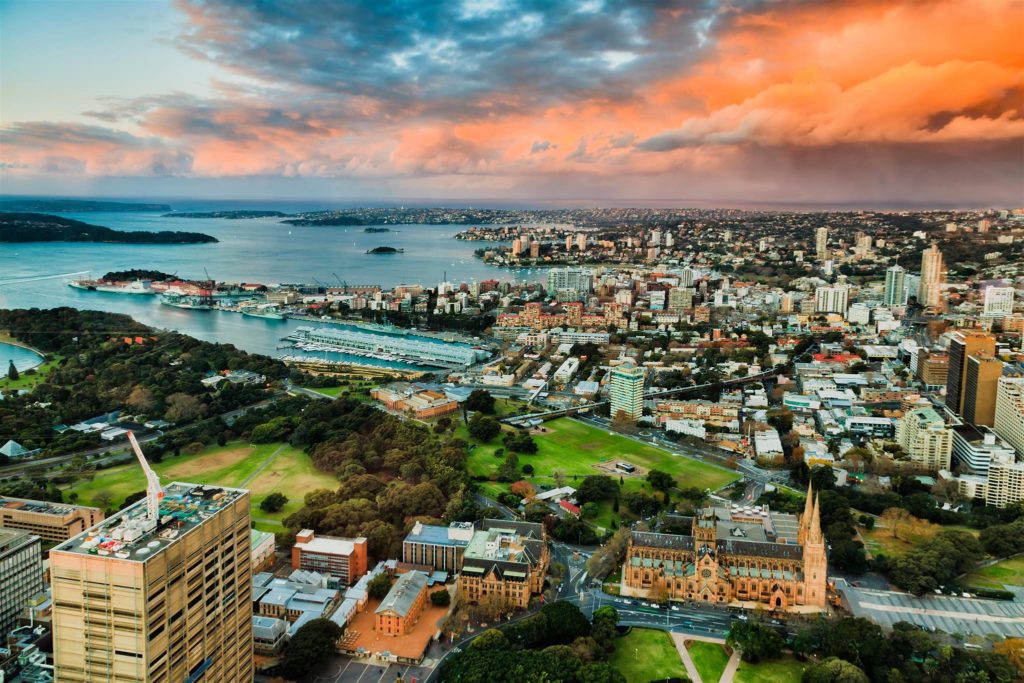 With a rising population and transport and infrastructure projects booming, Sydney hosts a number of investment opportunities. But which areas and suburbs are likely to give your property the best value increase over the next few years?

For entry level investors, Western Sydney poses a great deal of opportunities. The Badgerys Creek airport, set to open in 2026, is likely to significantly raise property values in the coming years. Set to support 28,000 jobs by 2031 and significantly boost the local economy, this development makes the Liverpool area a sound investment for first time buyers.

The surrounding suburbs such as Blacktown and Fairfield are also promising growth in population and local economy over the next few years, making them attractive suburbs for property investment.

As a significant and growing business hub with ongoing improvements to transport links to and from the Sydney CBD, Macquarie Park offers plenty of opportunity for investment.

Large companies across a variety of industries such as pharmaceuticals, communications, technology, property and education are investing in office space at Macquarie Park. This will create an increasing demand for short and long term rental options over the next ten years.

It’s no secret that Parramatta has seen huge growth over the last few years. Dubbed Sydney’s second CBD and slated for a $2 billion overhaul over the next few years, Parramatta will continue to see growth in jobs, population and demand for housing making it a solid investment choice.

V by Crown Group is a tower of luxury apartments situated in the heart of Parramatta with spectacular views of Sydney’s skyline. Visit our website for available Parramatta apartments.

With the light rail currently in construction, properties in Sydney’s Eastern Suburbs are likely to offer significant growth in the coming years. Properties adjacent to the light rail in areas such as Kingsford, Kensington, Randwick and Surry Hills are likely to sky-rocket in value and will also be in high demand for renters.

Sydney’s Eastern Suburbs is also generally considered a strong investment option outside of new transport links. Bondi and Coogee are traditionally popular areas for renters and Maroubra is fast growing to be a popular destination for owners and renters alike.

The Eastern Suburbs’ proximity to the Sydney CBD the beaches is a huge part of its appeal for many moving to the east. Crown Group have numerous available apartments in buildings across the greater Eastern Suburbs area.

Infinity by Crown Group is a landmark development of luxury apartments situated in Green Square just 5km from the CBD.

For Waterloo apartments, check out our Waterfall by Crown Group development. Situated in the heart of one of Sydney’s fastest growing suburbs and within easy reach of Centennial Park and the beautiful eastern beaches, this luxury apartment building is perfect for the active lifestyle.

Eastlakes Live is another development by Crown Group nestled in Sydney’s Eastern Suburbs. 6km away from the CBD and within easy reach from several beautiful beaches, it offers the perfect balance between work and leisure.

For more information on all of our Sydney apartments and upcoming developments, visit our website or contact one of our global offices today.