Sydney is getting a makeover.

With its amazing harbour, picturesque beaches and ever-changing CBD, Sydney is already seen as one of the most visually-stunning cities in the world. But never a city to rest on its laurels, Sydney has a number of new developments in progress to prove it will indeed get better!

Crown Group is proud to be a part of the changing landscape of this global city, so without further ado, here are the top architectural gems set to transform Sydney’s skyline:

Arc by Crown Group, a residential development located in the heart of the Sydney CBD on Clarence Street, is set for completion in late 2017. Koichi Takada Architect’s design for the site focuses on providing a building that both enhances the existing streetscape and provides an iconic and recognisable addition to Sydney’s skyline. Koichi Takada stated “The design is exciting, innovative and unique and is intended to set a new benchmark for architectural design in the western skyline of Sydney’s CBD.” The $180 million project was the winner of the Design Excellence Competition City of Sydney 2013 as well as the prestigious Singaporean property award for its innovative residential development in the heart of Sydney’s central business district. 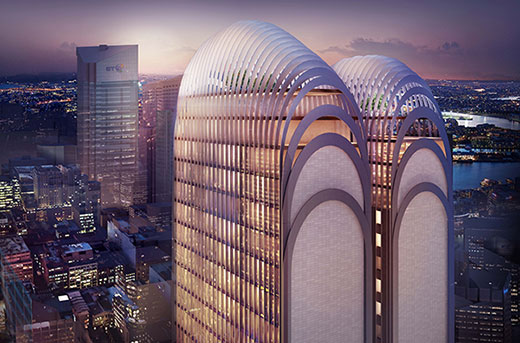 The breathtaking 43-storey Quay Quarter Tower in Sydney’s famous Circular Quay is grabbing attention not simply for its prime location. Architectural firm 3XN won an international design competition to create a new concept for the AMP Capital site near the Sydney Opera House. Comprised of layer angular glass shapes, the new commercial tower has been described as a building that will “engage in an open dialogue with the skyline while also integrating itself into community life at the street level”. 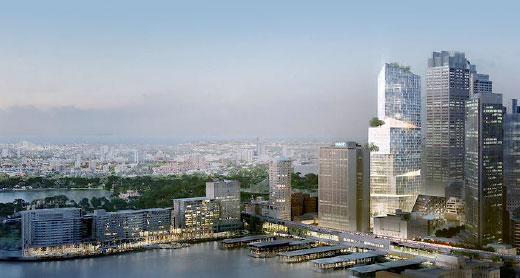 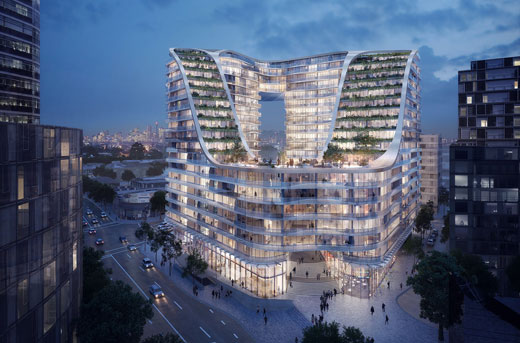 One of Australia’s most sustainable and environmentally-friendly buildings is nearing completion. 200 George Street, near Sydney’s Circular Quay, will be home to global accountancy firm EY. The 37-floor commercial tower spans more than 39,000 sq m and features a curved façade, automated timber blinds and many other wooden elements. 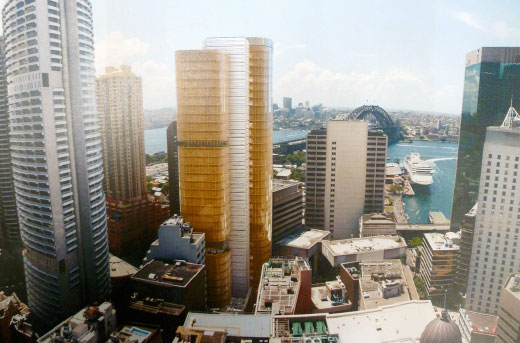 The new International Convention Centre in Sydney is set to become the Asia Pacific’s premier exhibition and entertainment precinct. The $1.1 billion redevelopment is equipped to host up to three separated, concurrent large-scale events and includes an 8,000 seat plenary and 35,000 sqm of convention space.

Barangaroo, is set to transform Sydney’s inner city, so much so that it has created its own suburb on the foreshore of the North-west CBD! The $6 billion development consists of 3 commercial towers, one residential tower and a new Hotel site. When complete Barangaroo will accommodate over 23,000 workers and residents, in addition to hosting an estimated 33,000 visitors a day or 12 million a year. 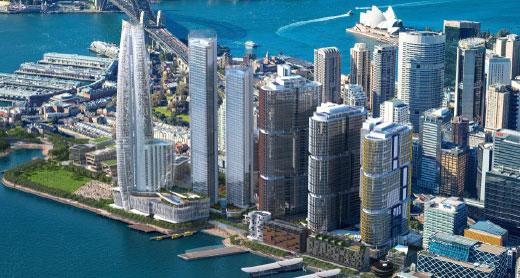